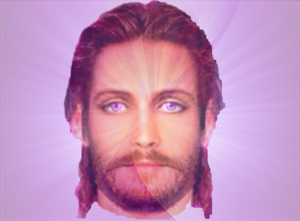 The great Ascended Master, Saint Germain, who has played an essential role in the spiritual evolution of humanity for thousands of years, gave these teachings to us. Saint Germain was a key force in the founding of the United States of America as a sanctuary for freedom and equality.

Ascended Masters are higher realm divine beings who were once human and who chose to ascend from a dense third dimensional reality into the higher frequency of the fifth dimension (the divine destiny/destination of all humanity). They achieved this by making their Ascension the priority of their Earthly lives so that they might transmute from the dualistic “Me” consciousness (third dimension) into the higher vibrational state of the unified “We” consciousness (fifth dimension).

These new teachings reveal how we also may ascend from the third to the fifth dimension and achieve our own personal Ascended Mastership.

Since many extensive teachings of Saint Germain already exist (and are widely available through the Internet), St. Germain tells us these discourses offer a “simplified teaching designed to give you a more immediate connection with the frequency you are to become.”

These discourses will soon expand with a dialogue between St. Germain and my colleague, spiritual journalist Joel Anastasi. Joel and I are co-founders of the Angel News Network and have been collaborating on various spiritual endeavors for many years, including two sacred journeys to Mt. Shasta, a powerful spiritual vortex and one of the Earthly homes of St. Germain.
These discourses have been received concurrent with two powerful energetic phenomena: (1) Star Seed Energies coming into the Earth plane each month in 2016 from the twelve star systems that seeded this planet and (2) Harmonic Convergence with the powerful energetic influences of its planetary alignments that occurred in mid-August.

A significant body of these discourses focuses on the self-empowering tools of the I AM Presence and the Violet Flame, which assist humanity in raising our energetic frequency so we can ascend into a higher frequency of existence. It is the soul plan option for each of us to become Ascended Masters during this new 2,000-year Age of Aquarius.

Saint Germain is asking us:

“Are you ready to wake up, to be and do the work necessary to receive your Divine Gift of Ascension, to awaken to your True Selves and purpose in being here?”

He has given us the tools to accomplish this.

I humbly present these Seven Discourses, which I received from St. Germain, for your consideration through your resonance and discernment.