In the later 1960’s, when the television-depicted “Mad Ave” was roaring, I arrived 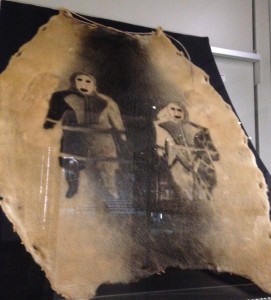 at 285 Madison while the two martinis, two hour, smoke filled lunches were in full force. Graduating from the nationally rated number #2 College of Journalism at the University of Florida, and fresh out of a mandatory two year stint in the Navy, I arrived in New York City with $250.00 in my pocket, no job, but following a childhood voice in my head that constantly said, “this is where you are supposed to be.”

From my seven by seven foot room overlooking Central Park at the West side YMCA, I combed the New Times want ads for a job. Most of my professors at the University of Florida were ex-advertising people who gave up or were asked to leave the advertising world. I told myself I would not become one of them.

Sitting on the 13th floor of 285 Madison waiting for a media trainee program interview, fear set in that I did not know enough about media planning or buying or even that I even really liked it. But I sensed this could be an entry point so why not go for it. Being a fast reader, I picked up a couple of media magazines in the lobby and quickly began storing the information in my brain. Apparently, I impressed my interviewers and was selected from 200 candidates to join a training program that would have me spend extended time within each department of the agency: media, sales promotion, account management and creative. The one year program was like my PhD in advertising.

During my training program I had the opportunity to have private time with Ed Ney who was now heading up the international department, after having been president of the agency. He was intrigued by my international family background and encouraged me by saying, “Young & Rubicam is like a banquet. There is much from which to choose.” Little did he know I would take that statement literally and it would be the focus of my almost ten years at Y&R when I moved to almost every department that existed within the agency.

Realizing crunching numbers in media was not my thing; I quickly maneuvered an assistant position with the sales promotion department, right next to Ed Ney’s office (allowing many more talks) within the upper reaches of the building. Sales promotion saw some of my potential and allowed me to transfer to the account 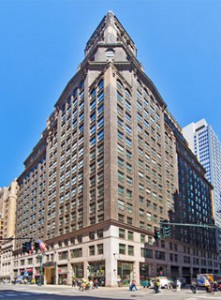 management department where I became a young AE on Eastern Airlines (Official Airlines of Disney World) and Johnson & Johnson. My weeks were spent dashing down to Florida, working with an airline that was assisting Disney in building a new park in the swamps of central Florida, and training from mid-town Manhattan to New Brunswick, NJ to talk about J&J Baby Power, Oil and Crème. How’s that for a career mix!

After a couple years within the account management department I became restless again and hearing Ed Ney’s words echoing within my head, “Y&R is a banquet,” I managed to get closer to the creative product by transferring to the art buying department, servicing almost every client within our impressive rostrum. 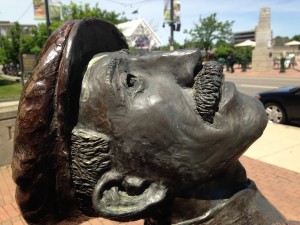 This was the most fun I made during my days at Y&R, allowing me to stay closer to some of the people aforementioned and meeting many others. You guys were simply the best of the best.

Another voice other than Ed Ney’s began to speak to me during my seldom silent moments at Y&R. “There is something else beyond the corporate experience awaiting you,” it said. Eventually life circumstances created a way for me to wean myself from Y&R after almost ten years. Y&R was all I had ever known of work and New York City. It was painful but time for me to leave. My heart knew this but my mind stayed in resistance. Part of me wanted to stay within the ‘comfort zone’ and home of Y&R.

At the time I was personally partnered (that’s what they called it in those days) to a gentleman who was part of the administrative staff of The Film Society at Lincoln Center. I had been doing informal, off the record, consulting for them, helping them any way I could. The New York Film Festival and the Spring Gala Tribute they produced each year was pretty heady film stuff. Up close and person I was to meet and interface with some of the top directorial and acting talent of the world. It was thrilling to bring Charlie Chaplin back to the States for the first time or hear Ginger Rodgers say she disliked Fred. Sitting in the limo with Elizabeth Taylor fresh back from Betty Ford’s for her tribute and hearing her scream when a leaf from her leaf dress uncovered her breast brought all of it to human terms. I experienced some 28 years of these festivals and galas, and sometime soon this is my ‘tale to tell’ of the famous folks (like Bette Davis and Catherine Hepburn). I was honored to meet and see them in such human terms.

While planning my departure from Y&R, through my Lincoln Center Film Society connection, I was introduced to the New York University Film School. Synchronistically, my film professors often became some of the accomplished film director’s I had met in the past. Once involved in creating and producing my 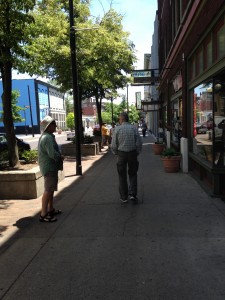 own films, the pain of leaving Y&R began to ease (I don’t think it ever completely left).

Upon completion of my NYU Film School Certificate, the ad agency environment that had been my home so long now became my client base as I moved into the independent commercial production side of the business. The well- known agency art director, tuned commercial film director, Jeffrey Metzner became my first commercial film association, and my introduction into commercial film. It was a new perspective seeing Y&R as a vendor from the outside in, rather than inside out. Jeffrey has since left us but his wife Sheila Metzner is still considered one of the top photographers and sometimes film director.

While serving on the board of The Associations of Independents Commercial Producers (AICP), I was introduced to an opportunity you could not say no to. There was an investor in Europe who wanted to create a new commercial production company in America with the top British and European film directors. After several months of negotiation, I managed to reach a deal where I would found and name FAIRBANKS FILMS based in New York City with offices in London, Paris, and Los Angeles. With directorial talent such as Ridley and Tony Scott and many others we soon captured the American advertising market. Spots 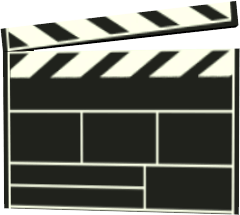 such as “Apple Computer 1984,” produced directly for Steve Jobs, launched the Apple computer worldwide and quickly became an advertising icon. Today this spot is still voted the most successful commercial. America taught the world advertising but this was a matter of the student now returning and teaching the teacher some new tricks. Fresh lighting and directorial post production involvement brought a new look to the industry’s film. The British had arrived in music and film and were taking us by storm. Fairbanks Films was a producer owned and operated company and several years later numerous directorial owned companies later spun off it. From Fairbanks Films came such launches as Ridley Scott & Associates (RSA/USA) in America, allowing the Scott Brothers further successes in feature films. Ridley is still strong at it in his late 70’s.

The demand within the industry for Fairbanks Films and its spin off talent was always high but I must confess that I always favored Y&R as a client. It remained a privilege to return home to the company that had taught me so much. Y&R had given me the majority of the training I needed to achieve what I was achieving.

Knock, knock whose there?, George Lucas ! Much of the work we produced also 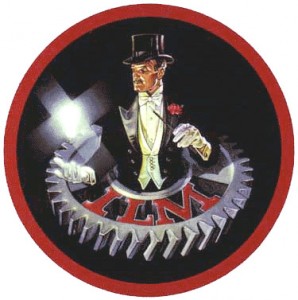 caught the attention of the feature film industry. Several of Y&R’s favored commercial directors and some of their own creative people had also crossed over into features. The two industries, features and advertising, represented a huge business and features learned not to have such a distain for advertising. So it was not so completely unusual that Lucas films connected me with the intention to create a division within the studio to service advertising: Lucas Films Industrial Light & Magic Commercials, we called it.

Lucas films initially invented and largely taught the world digital technology which caught on quickly and grew into many companies. But as an early member of the team to introduce the technology to the advertising world, as Director of Marketing of ILM Commercials, it was a thrill to fill rooms with hundreds of people and teach them what was possible with enough time and money (almost anything). The new technology also took the risk out of dangerous stunts and shots. I had lost lives on some shoots and it is never worth it. We combined live action (directors) and the computer generated images to create a whole new world of possibilities. The ‘what’ and ‘how’ we produced our advertising had changed forever! I was privileged to be a pioneer of that change. 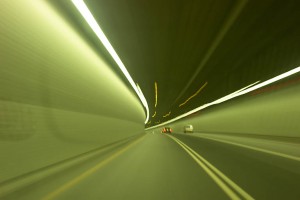 My final swan song in advertising was when I associated with an Australian film company where we produced the largest commercial ever made. It was a 90 day shoot, $11 million dollar spot, for the Ford Motor Company where we shot all over the world, and it ran on a media ‘road block’ worldwide at the same time for each time zone. Did I need another advertising experience after this? Thirty years was enough!

But there is a life after advertising and I and many other Y&R folks are   vital proof of that. And Y&R THE LINK proves that with each and every issue, thank God.

For the past many years since leaving Y&R and advertising for good I have morphed into teaching advanced metaphysics as an energetic therapist, starting schools, creating web sites and writing several books. For those interested in this aspect of my life I have two web sites: PhillipEltonCollins.com and TheAngelNewsNetwork.com.

Thanks for sharing my unexpected advertising journey, where it all started and was always supported by my beginnings at the amazing Y&R.