Balancing The Masculine And Feminine Energies

The universe relies upon balance to maintain and sustain itself, a balancing of giving and receiving. The major cause of most of the pain on this planet is due 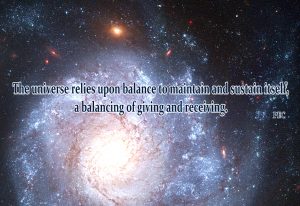 to the imbalance of the masculine (assertive energy) and the feminine (receptive energy). This imbalance is the cause of most of the duality, separation, hatred, inequality and confrontation in our world.

The suppression of the feminine energy by the masculine over the past three thousand years has enabled the ego to gain a major foothold within the human collective culture. What was it that made men feel so threatened by the female, perhaps the empowering female’s ego evolution? Then the male knew they could only gain full control by rendering the female powerless. The ego has gained more of a hold on the masculine (mind-oriented) than the feminine (less mind oriented). The feminine is more connected to their inner spiritual aspects and the intuitive.

If our cultural evolution had been different and the masculine had not so effectively subjugated the feminine we would not have declared past wars on ourselves and the planet, and alienated our divine Being. But with the ascension energies flooding the planet, things are quickly changing. With more light workers and way showers becoming conscious, the ego is losing its hold on humanity, as the ego mind is moving into service to the loving heart; we are learning to think with our hearts.

There has been only one perpetrator of major destruction on the planet: human unconsciousness. As we accept with compassion, thus forgive how we have chosen to learn, rather than curse the darkness; let us bless it with our Light.