Our Unified Souls And Spirits

Our spiritual eternal foundation has rarely been an essential aspect of our natural sciences but that is changing, as we shall see throughout this endeavor. We are beginning to connect our emotions that create our thoughts that affect our physicality to the eternal part of us called spirit (Our soul is the non-physical part of us while we are living. When we die the soul transmutes to the spirit).

Now that we are realizing that the planet is a conscious living being, we are seeing that our individual souls are active fragments of a planetary spirit that forms the auric field of all Earthly life. In effect, we are all interconnected and affected by one another: the unified field of oneness. All of this has come about through the awaking of humanity’s consciousness. Human consciousness is now the pathway, a way to show, acknowledge and explore unseen higher spiritual realms/dimensions. We have learned that there is a boundless, interconnection with our souls, spirits, emotions, thoughts and physical bodies; in fact, they are stored within one another. 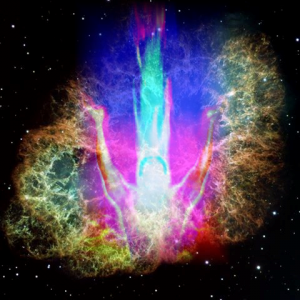 Through the ascension process of the planet and humanity upon that body, the time has come for human beings to receive and give the soulful spiritual wisdoms/truths, to set us free from ourselves and know the following “divine proportion” of truth.

* We are becoming conscious of the macro/micro interconnection of everything. Humanity is a reflection of the planet Earth and all creation since everything is created from the same energetic consciousness/substance, love. Through being human, we are not so simply returning and reuniting with this truth/reality: All is one.

* Our souls (while we are physically living) and our eternal spirits (beyond human life) are conscious entities that exist in unrestricted relationship with our emotions, thoughts, physical bodies and beyond…

* Our emotions create our thoughts that create our reality all the time. We are the creator creating exactly what we feel and think.

* There can be no manifestation of life without a conscious intention through the activations of our souls/spirits.

* In order to maintain and sustain physical health there need be a balance of giving and receiving in our unseen energetic (soul/spirit) components with our emotions and thoughts.
The above “Divine Proportions” are essential ingredients within Universal Truths which are emerging forth now during the ascension process of the planet and humanity. If we can now take these Divine Proportions (as a foundation) and apply them into world events we can better create positive solutions for many of our nation and world problems (Balancing the Universal Equation: Problem= Solution):

that is being activated. There needs to be a balanced relationship with the nation’s soul and that of the planet’s soul (the lover-versity)) and the human being learning to love (from whence we came).

Each nation on this planet acts as an extended organ of the planet (not unlike, the air, water, gas/oil, minerals, plants, and animals) needing a balance of giving and receiving. The nations/civilizations/cultures also reflect the original twelve star systems that seeded the planet. Each has a mission to blend into the whole in order to support the evolution of the planet and humanity.

This entire endeavor is about “connecting the cosmic/universal dots” and knowing (not believing or imaging) how things were divinely intended. Just as humanity is intended/destined to unite with the planetary soul, so do the souls of each nation contribute in the maintaining and sustaining of the life force of our planetary soul. It’s all interconnected even when it appears otherwise.

Applying the universal equation Responsibly= Consequence, what we are in the process of mastering is that we need to learn and apply, the universal laws and cosmic truth that governs emotions, thoughts, physical bodies, souls and spirits- consciousness, from the perspective of macro to micro policies that support the highest good of all. For instance, if a nation or person harms another, it is harming itself; what affects one, affects all.

Quite not so simply for most, universal laws need to be incorporated into the practical laws of governing all the peoples (any nation) of the world. Leaders of any nation need be mandated to know they are surrogates of the collective soul of their nation. The leader’s relationship with self is vital in relation to how they affect others. Healing and mastering self is vital in the selection of who gets to govern. Before leading, all leaders need be in a personal process to heal any negative aspects of self that can affect others. Then the decisions the leaders makes can be based upon the positive use of micro to macro energy. Throughout this endeavor, we shall get into many specifics.

The task at hand is for each nation to identify their soul (their purpose in being here) just as each individual is within the personal process of knowing the same. Then the individuated can transmute into the collective, knowing the role within the planetary soul (to learn to love).

It is our destination and destiny to evolve/transcend/ascend into a new paradigm of a Unified Field of Consciousness allowing a “One Planetary” united nations world where a merging/integration of each nation is achieved (the activation of soul plans). This process has been in place since the beginning of this planet’s soul plan. But now with the ascension process of the planet in high gear, we are within the final 2,000-year ascension of this for humanity as well. This endeavor will continue to show the factors that can and will (if we so choose) allow all this to take place.

Since I have chosen to incarnate within the United States of America during this lifetime, I am now asking and receiving answers as to what is the role of my country within the process thus far described. The hint lies within the founding father’s papers (especially the Bill of Rights) and principles, unlike anything that had preceded the creation of any nation on this planet. Right now, a large percentage of the population of my country does not know or understand these founding papers and we are within the process of “Re-founding America,” waking up in order to protect and preserve our precious democracy. Sometimes we have to have a threat of losing something in order to value it. This has been called learning what is through what is not. There appears to be something divinely inspired to support the planet and humanity beyond the nation itself.

Most of nations of this world have been created out of duality, separation and conflict (reflecting the self-relations of their leaders). The ones more powerful through war, killing and conquering have been the victors who decide the fate of the people and geography itself. Embedded deep within the nation’s soul DNA is the trauma and drama of these events, which is transmitted for eons from one generation to the next.

This type of national DNA transmission was vital in the creation of The United States of America. A revolution inspired by divine higher realms, fought by a relatively small ragtag team of rebels determined the birth of a nation founded like no other that had ever existed on this planet. What is happening now with the ascension process of the planet and humanity is that the soul plan of the creation of that divinely inspired nation is being re-founded by learning what is through what is not. This will insure the preservation and protection of something called democracy for we the people, by the people, for the people.

Let us look deeper into the unseen cause and effect elements that fuel the divine energy that transmits through the American-spirit that intends love, equality, harmony and balance, allowing freedom and liberty for all. 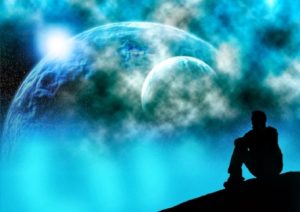 The United States of America is the only nation on this blue-green ball that was divinely inspired and founded on the divine birthrights of the human spirit, reflecting the rights of life itself. Our Constitution, especially the Bill of Rights form the soul plan foundation with each amendment evolving from the individual to the collective promising freedom of religion, speech, press and the right to assemble and express grievances. The existence of this nation was founded upon the freedom of collective soul through the individual.

This was the first time in human history where the unseen human soul and spirit transmuted the physical human body and the supposed rights of a government to control that body. The universal truth is that a human soul has the divine right to believe whatever their soul needs to express, using whatever emotions and thoughts necessary through their hearts and minds. In the past, all such freedoms were feared and repressed. But once the human eternal soul and spirit had its divine rights imprinted into the American documents, the intention of such rights were sealed within governmental documents awaiting their full birth and rebirth at this time.

If we awaken to the cosmic truth that all things are integrated and interconnected through something called the oneness principle let us see ourselves as one soul, one planet, one people, one divine essence with individuated expressions leading always back to the united whole.

Based upon the truth of oneness, our need is to employ tenets of goodness and integrity for those souls we choose as our leaders, knowing our leaders reflect the souls they govern. Now we the electorate must embody codes of truth to support the highest good of all, for ultimately it is our human souls that elect our leaders, not just our votes. If we intend to live consciously, we cannot separate ourselves from those who attempt to lead us in government, religion, and corporations. For we the people are aspects of all these, body, soul and spirit.

Click Here For “Transcending Self: The Human Soul & Eternal Spirit”